Our first App in the Apple App Store is ready to go!

OLED Clock is perfectly suited for the OLED display in iPhone X, because the clock won't stand still on the screen but moves around constantly using any available pixel of the screen over time. This prevents the so called "burn-in effect" any OLED display shows, if certain pixels are switched on for a very long time. The clock not just works on iPhone X but on all iOS devices like iPhone, iPod Touch and iPad (iOS 9.3 and above). But there's more:

Find a review (in german) of OLED Clock here. 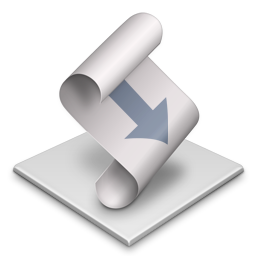 A tool for Xcode anybody can use

Apple likes to have 18 (!) different versions of an AppIcon, if you want to upload your app to the App Store. This tool generates all 18 versions by just drag and drop any image file onto it! 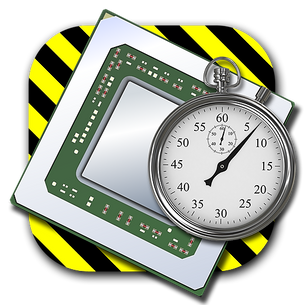 A CPU benchmarking tool for iOS and macOS

This app is aimed at interested users and testers who want to test the possibilities of the integrated CPUs. For this purpose, it offers a mixed test for single-core and multi-core CPUs, as they also occur in real life. In the single core test, the app calculates ten million random numbers from a total of six different data types (Int, Float, etc.). Such calculations are crucial for game apps. APSI Bench then calculates one million FFT transformations that are common in audio applications, for example. In addition to this, the app also runs a ray tracing algorithm that uses several CPU cores at the same time. You can set how many cores should be used here. The results of these tests are based on a reference system (currently a Macbook Pro 16 inch with an eight-core Intel i9 CPU). That reaches about 100 points. Every user of the app can test the ratio of their Apple product to the MacBook Pro.

A decisive extension is the newly built in long-term measurement. Here the app carries out the ray tracing tests with all available CPUs over a long period of time that can be set by the user (up to 30 minutes). The result is then displayed in graphic form. If problems arise with overheating of the CPU cores, this will be visible in the graphic.
Finally, the app is also a technology demonstration. The entire interface was designed in SwiftUI 2, with gorgeous animations being used. The app will also be offered as a universal app for macOS.

Get it on the Apple App Store and Mac App Store soon!

Software development for more than 35 years on all kinds of platforms and coding languages.

You name it, we code it!